Farm Bill 2018 and its Effects on the Hemp Industry Until 2014 (and its farm bill of the same year,) hemp was illegal to cultivate. What the farm bill of 2014 changed was that it allowed either small-scale cultivation by farmers or experimental cultivation by research laboratories (and, often, a combination of the two), and left up to the discretion of the states the extent to which they wanted to permit hemp cultivation. Unfortunately, the 2014 Farm Bill was unable to completely legalize industrial-scale growing, and farms were limited in size, thus forcing vendors of hemp-derived products (like CBD) to import hemp, increasing their prices and access to goods. That all may change now.

Not just CBD users will benefit

If the 2018 Farm Bill is signed into law (and it is currently on the way to being so), the industrial production of hemp by domestic producers in the United States would be legal, and the price of most CBD oil products would likely decrease (as well as access to CBD products being expanded). In addition to allowing hemp to be grown by domestic producers, it would also remove several barriers to their acquisition of banking and crop insurance http://(https://www.govtrack.us/congress/bills/115/s2667)

Those who will NOT benefit

One caveat in the bill is that it would prohibit anyone with a past felony conviction from producing or selling hemp – which is a category that would include anyone who had a drug conviction for marijuana or hemp production in the past. Despite this, any other individuals seeking to enter the industrial hemp business would have no legal hurdles to overcome.

Some benefits to include jobs and decreased pricing

As I had mentioned before, it is a likely possibility that some hemp products would decrease in price following the passage of the 2018 Farm Bill. Since 1998, hemp products and raw hemp have been legally imported, with a majority of products and raw hemp coming from China. This reliance on foreign hemp has been exclusively due to the proscription on industrial production of hemp within the United States. Due to the lifting of this ban, there is a distinct possibility that hemp (and all related products, such as CBD oils) will decrease in price because of the lack of long-distance shipping costs, while simultaneously growing, and contributing to, local growing economies.

This is a lot of information to take in, but let it be very clear that the passing of the 2018 Farm Bill, while not perfect, contains many articles that will decrease the cost of CBD products to the American consumer, while also bringing the possibility of cultivation jobs and industry to economies in the middle of the country (like the Midwest and Kentucky) that are capable of profitably growing hemp. Some of these products would include health foods, body care, clothing, auto parts, construction materials, bio fuels, plastic composites and more.

The Bill has been stalled yet again and the delay is not due to the hemp section of the Bill.  There are a couple other reasons for its delay in passing including “significant policy differences about the food assistance program SNAP (supplemental Nutrition Assistance Program). The hold up with SNAP seems to be applying, or not applying, work requirements for people who are receiving or applying for the food assistance through the SNAP program.”  Another reason for a delay being legislators funding priorities. Committee leaders are still working out how best to allocate federal funds to research, conservation, crop insurance, and animal vaccine bank. Also, with the mid-term elections just weeks away, campaign agendas and priorities may be an additional reason for delaying the Farm Bill decision. Rest assured, the delays do not seem to have anything to do with issues regarding hemp and many believe the bill will eventually pass…It is just a matter of time.

Here at Green Wellness Life we believe that education and awareness is so important regarding hemp and cbd based products.  We want to give others the opportunity to learn and try health products that can significantly impact there health and lives. That is why in our next post, I’ll briefly discuss more on voting issues,key senators and players that are both for, and against, the passing of this bill, along with key information for voters should anyone hope to see the farm bill passed and maintained (especially for the benefits it entails).

To be continued next week… 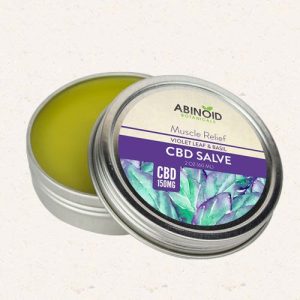