Give Hemp Products For Christmas!

Hemp-Based Clothing and Durable Goods by

As the United States House and Senate have just passed the previously discussed 2018 Farm Bill, domestic hemp producers are now cleared to produce hemp and hemp products on an industrial scale. At least they will be as soon as the President has signed off on it.  Hemp will become more widespread, and derived products should see an overall decrease in price on the market. Hemp and cotton create a combination that decreases sweat retained in the fabric and, consequently, results in an article of clothing that can be worn more often and does not require the near-constant cleaning that cotton fabrics do. So why is this important? Some of these hemp-based products poised to become both widespread and inexpensive are hemp-based clothing and similar durable goods. While the clothing that is made of hemp fibers can be almost any form of clothing currently produced using cotton, the other durable goods made of such fibers would include paper, rope, and non-wearable textiles (blankets, etc.). Each one of these products has a slightly different cost-benefit relationship, and I’ll elaborate on each independently. 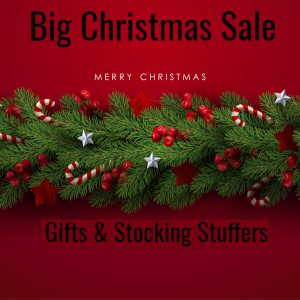 First, the most common, well-known, and most likely to be purchased by consumers (like you and me) is clothing made of hemp fibers. While not conspicuously differing from cotton-based clothing in appearance, hemp-based clothing has several distinguishing features that appeal to the users of other clothing types. The hemp-based cloth has no attachment to any other uses for hemp, and can easily move production to a different state  It also is environmentally friendly, with a negligible footprint. This “green” status is the result of hemp not requiring any pesticides or large amounts of water to grow, unlike cotton. In fact, hemp requires 50% less water than cotton. A consumer can feel at ease knowing that their purchase of a hemp-based shirt or pair of socks is decreasing the stress placed on the environment and that they are supporting companies whose operations are not severely detrimental to the Earth’s health.

Hemp Is Very Appealing…Use coupon code: gift5 for $5.00 off your order!

It isn’t just environmental impacts that purchasing hemp clothing has, however. There are some other features of hemp clothing that make it quite appealing. First, it breathes. Hemp fibers are porous and resistant to mold.   Hemp fibers are also very strong, which means that holes will be less likely to appear in the fabric over time, and the item will be able to be worn longer. This durability goes hand-in-hand with the fact that the hemp’s texture becomes softer after each wearing, increasing the overall comfort of the item while retaining its robustness. One of the only downsides to hemp is that it can be a bit more prone to wrinkling than cotton clothing. However, certain styles of hemp clothing and manufacture have been able to decrease the tendency for hemp clothing to wrinkle, effectively eliminating this shortcoming.

As of yet, a large amount of hemp-based clothing and other durable goods have yet to be mass produced by American firms. This is partially due to demand, but also can be attributed to the economic conditions that existed prior to the passing of the 2018 Farm Bill. Even now, internationally produced hemp and hemp fibers were some of the most inexpensive available. It will eventually balance out with domestic producers able to source their hemp from American growers, leading to a decrease in the cost of hemp as compared with cotton

One place where hemp will gain traction is in recycled paper. The cost of directly replacing wood with hemp in the production of new paper is still too high to merit a change over to hemp, but the fibers have been found to be more cost effective to use in reinforcing and strengthening recycled paper, which is becoming a larger source of total paper produced. As regulations require more and more paper to be recycled, hemp is going to play an increasingly important role in recycled paper production. So while hemp paper may not be as exciting or widespread yet, textiles like blankets and clothing are becoming common and are seen as a viable alternative to cotton products due to their low environmental impact, superior durability, and their ability to become more comfortable the longer they are used. Hemp clothing will, no doubt, become a major use of hemp in the near future.

Coupon Codes can be used in conjunction with sales and other coupon codes! Get excited – we never do this. Check out our deals! It’s not too late for Christmas! Take advantage of the $5 off with Coupon Code : gift5