It is common for most industries to have a few big players, especially at the start. These individuals are often the reason that we know about an industry or a product. They push the envelope and use their passion to communicate new ideas and possibilities to us all. Hemp has been lucky to have such larger-than-life figures recently; but who are they? If you’ve heard of Charlotte’s Web CBD or tried one of their products, you have the Stanley Brothers to thank. The Stanley Brothers got their start in marijuana when they began researching alternative cancer treatments after their uncle was diagnosed with pancreatic cancer in 2008.

In 2011, the Stanley Brothers met Paige Figi. Paige’s daughter Charlotte suffered from a severe form of epilepsy called Dravet’s Syndrome (I’ve talked about it in previous blogs). Charlotte suffered numerous seizures daily and traditional pharmaceuticals proved ineffective. The Stanley Brothers worked on creating blends with varying levels of CBD and THC that helped Charlotte to gain a better quality of life. Since this success, the Stanley Brothers have developed new selection of products for pain relief, relaxation, and sleep through continued innovation and research. After nearly a decade in the cannabis industry, their team has perfected their process to ensure that they are creating quality cannabis products with a focus on purity, wellness, and consistency.  We carry a number of their hemp-based products, from tinctures to dog treats.  Check them out here: https://www.greenwellnesslife.com/product-tag/charlottes-web/ Chris Conrad can largely be regarded as the modern father of the medical cannabis and hemp movement. From early on, Conrad has argued for the legalization of hemp and has lobbied for its use in every aspect of life. In 1989, Conrad and his wife Mikki Norris co-founded the American Hemp Council, with the purpose of educating the American public on the many uses of industrial hemp and the laws against the crop in the United States. Conrad has also been active in the movement to legalize industrial hemp, serving as the first president of the Hemp Industries Association (HIA) and founding the Business Alliance of Commerce in Hemp (BACH). He has authored two highly influential books of the modern hemp movement: Hemp: Lifeline to the Future (1993) and Hemp for Health (1997).

Currently residing in Oakland, California, where he is professor at Oaksterdam University (considered the first cannabis college in the United States), Conrad is still active in the hemp community and regularly makes appearances at festivals to give presentations and lectures on both the history of hemp and its future. In a movement that has been plagued by legal issues and unfriendly lawmakers and lawyers, Keith Stroup has been a champion of hemp. So who is this champion?

Stroup is a Washington, DC public-interest attorney who has actively worked in the cannabis movement since he founded the National Organization for the Reform of Marijuana Laws (NORML) in 1970 (the same year the Controlled Substances Act became law). He ran the organization for 9 years through 1979, during which time 11 states decriminalized minor marijuana offenses. After a brief sabbatical, he resumed his work with NORML in 1994 by rejoining the board of directors. From that point onward, he served again as Executive Director through 2004.  Stroup has been the recipient of the Richard J. Dennis Drugpeace Award for Outstanding Achievement in the Field of Drug Policy Reform presented by the Drug Policy Foundation, Washington, DC. He frequently speaks at industry events and, as always, remains a champion of cannabis advocacy. Today, currently serves as Legal Counsel with NORML.

His work, which has focused on using the law to lobby for the legal rights of farmers, sellers, and users of cannabis and hemp is of critical importance for the future of the movement. With his position at NORML, Stroup will continue to lobby in support of cannabis nation-wide. 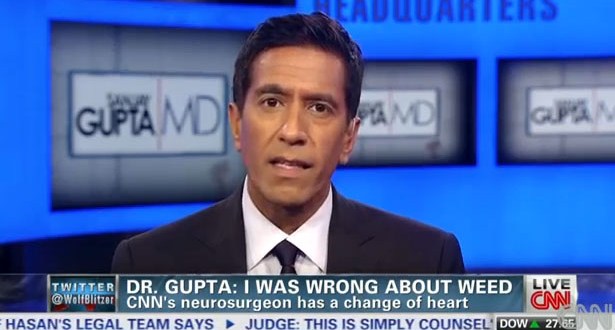 Without any doubts, Dr. Sanjay Gupta is the most famous name on this list. A doctor who has hosted many special medical reports on CNN, Dr. Gupta is world-renowned as a health professional and educator. But what does he have to do with hemp?

Dr. Gupta, in 2013, changed his position on cannabis. In a multi-part series (entitled WEED) on the medicinal uses of cannabis (both CBD and THC), Dr. Sanjay Gupta highlighted the value of cannabis in treating and responding to the symptoms of cancer, seizures, and other ailments. This offered many Americans not only an understanding of a plant that they knew little about, but also lent a respected voice to what was once considered a substance that only hippies and artists would use. His documentary showed that average people and people in need, could benefit from the use of CBD and other cannabis-derived products.

Not only did he investigate cannabis as a viable solution to health problems, but he continues to advocate for legal, regulated, and tested cannabis so that the general public can have safe access to what he considers a medicine.

His voice lends credibility to the movement, and offers a unique perspective that has brought many Americans to a new understanding of a beneficial plant.

While some industry leaders have fought from the beginning for the recognition of hemp in the United States, others have only recently realized its amazing potential. These leaders range from growers and sellers to lawyers and doctors. Each one of them brings their own unique skills and ideas to the movement, and ensures that hemp will be respected, understood, represented, and driven towards the right path. It won’t always be easy, and there will be times when hemp seems to have gone astray. One example of this is the confusion around test results and CBD content of products. But, in the end, with leaders like these (and many new leaders rising up each day), hemp will have a bright future and many people will be the healthier for it.