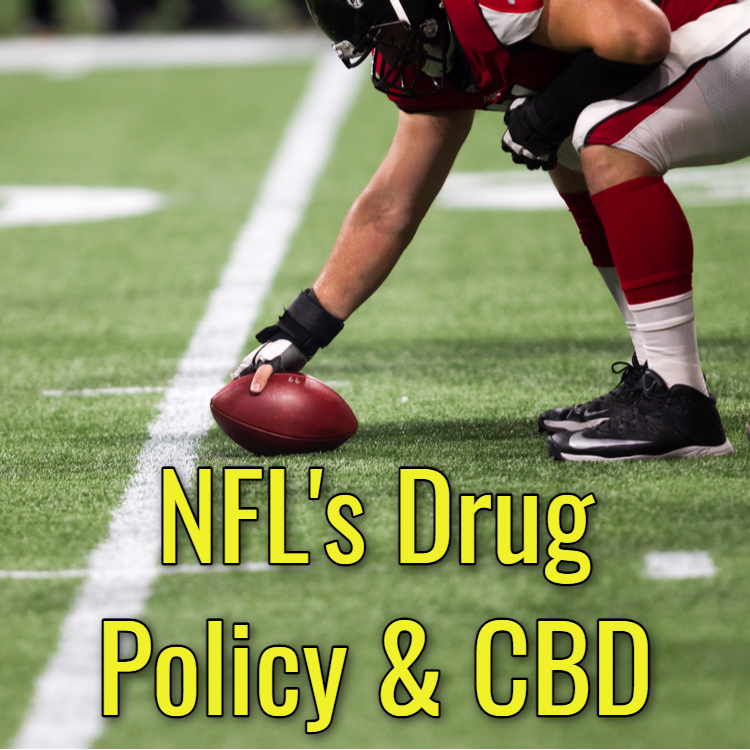 Are you a fall football fan?

I don’t know about you, but when I think of the fall, I can’t help but think of fall football. The NFL has a place in many of our hearts as the comradery of sports brings people together around the game. There is a long standing tradition of playing football, just as much as there is a tradition of watching and tailgating before games. What is less known, or talked about, is the NFL’s drug policy. The purpose of the NFL’s drug policy, according to them, is to prohibit the use and abuse of prescription drugs, over-the-counter drugs, and alcohol. This is a standard to ensure that all players are playing on the same playing field (pun intended) and it is deeply interesting how the NFL holds all athletes responsible for anything they put in their bodies.

While a football game was on the couch with some of my friends, I was really curious where the NFL stands on CBD. So I began my Googling process, something I do far too often, and was lead down a rather interesting rabbit hole. I had thought that a long standing American institution, like the NFL, would not be tolerant of CBD, like many of the other old school institutions who refuse to acknowledge the benefits of hemp. Football pleasantly surprised me. Not only did they eliminate suspensions for positive marijuana tests in 2020, but they raised the threshold of THC for a positive test from 35 to 150 nanograms. This is a huge step for athletes who use cannabinoids as a tool to aid in their pain management routines. I don’t know if you’ve ever played football, but I played tackle football with my cousins in the front lawn when I was a kiddo and I can still remember some of those slams. I cannot fathom the physical tole it would take on a professional football player’s body to week after week put your body though that type of stress.

The NFL recognizes this too and in June of 2021, the NFL and the NFL Players Association agreed to provide $1 million in funding for research into pain management and cannabinoids. Only 2 years ago, players were getting suspended for even trace amounts, 35 nanograms, of THC in their system and now there is going to be research conducted on the potential benefits of cannabinoids funded by the very organization that was suspending athletes. Those in charge of safeguarding American football have recognized the dangers of traditional pain killers and their addictive nature, with this research being a step towards progress and away from opioids. The US Department of Health and Human Services has stated that the opioid epidemic reported that in 2020 an estimated 10.1 million people misused their opioid prescriptions. As a means of safeguarding top athletes who play and endure pain as a livelihood, a non addictive way to aid performance and recovery is highly appealing.

Other than the non-addictive nature of CBD, there are lots of reasons that hemp is appealing the the NFL, upon further research. One potential benefit that would aid in an athlete’s overall performance is the noted anti-inflammatory properties of cannabinoids, specifically CBDa. Obviously, I’m not a doctor, but histamine is the chemical that makes you swell and bringing histamine production back to homeostasis or neutral, could aid in muscle recovery, prevent bruising, and potentially boosting energy levels. People, no matter who they are or what they do, perform better in life when they feel better. Athletes and football players are no exception and, speaking from personal experience, my body feels better when I take CBD. Granted, I have rheumatoid arthritis and cannot throw a football to save my life, but when I was diagnosed I was given a prescription for pain killers. This bottle of opioid-based medicine took away my pain, but I felt like I lost a part of myself too. I was tired, sluggish no matter what I was doing, with an upset stomach and a general feeling of “bleh.” I found that cannabinoids have been a great way for me to get through my life, living with my pain but still living. There are lots of anecdotes like mine and although more research needs to be done, $1 million dollars is one step closer towards progress.

One of the potential benefits that I think isn’t discussed enough, especially for athletes, is CBD for PTSD. Athletes may exhibit higher rates of PTSD, with some reports ranging 13%-25% in athlete populations, due to the nature of sports. Each humans steps onto the field and goes into a sort of “fight or flight” mode as their bodies’ subconscious and natural way to defend itself, with those elevated endorphins help them perform better. Moreover, athletes face higher risks of personal injuries and specifically head injuries, witnessing teammates get injured, and general physical and emotional trauma incurred inside and outside of the sport.

PTSD is commonly treated with a combination of psychotherapy and medications. However, medications used to treat PTSD may cause very undesirable negative side effects ranging from reduced sex drive to worsening insomnia. Researchers believe that CBD could be a promising alternative in helping to aid with PTSD, especially since CBD rarely produces side effects. There have been a few studies conducted that examine the relationship between CBD and PTSD.

While more studies will be needed, the research surrounding CBD and PTSD is promising.

There is so much more research that needs to be done on cannabinoids for the potential benefits for athletes, but there are so many potential rewards that even the NFL has started to take steps towards that future. All we can do is wait to see what the future holds for NFL players and CBD, but it is a very interesting time to be alive to watch football in the fall. Curl up with a blanket, put on your favorite team’s game, and watch the game literally and metaphorically change. If you think CBD might be a good fit for you or you have questions, give us a call at 1-888-772-7875 (Monday to Friday, 9 am to 4 pm EST), or fill out our online contact form.  You can also click the “live chat” button at any time!